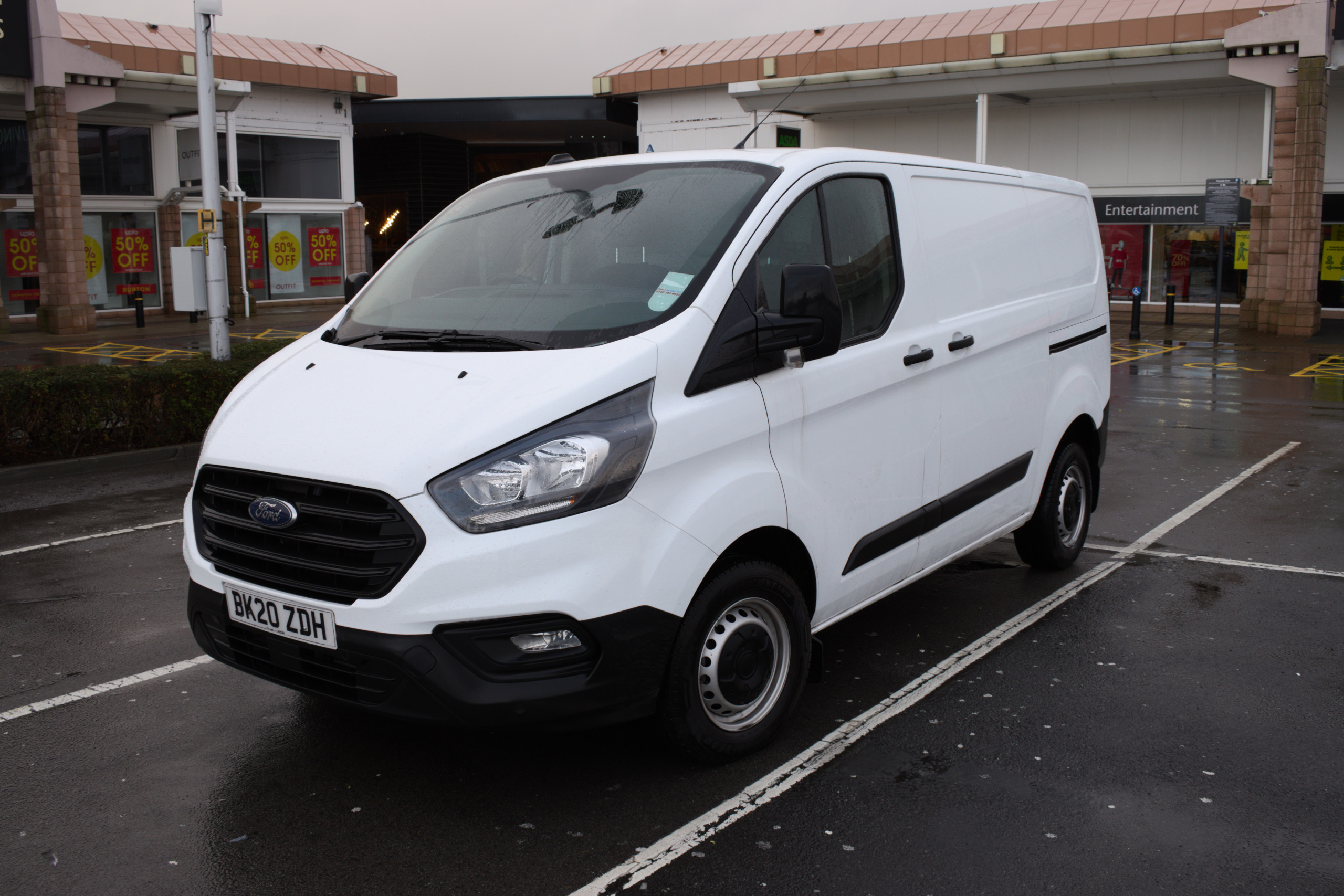 The model I tested was the Ford Transit Custom L1H1 280 Leader, available for lease at Van Ninja.

The van has a step inside the door to help you up into the high driving position. It took me a minute to get the seat and mirrors adjusted to how I wanted them, as there is quite a lot of customisation available.

I spotted two USB ports on the dashboard, and a 12v power socket, so your phone and laptop can recharge while you are driving. The Transit Custom is not lacking for storage space, with a deep glove box, a tray in the ceiling, and various other trays around the dashboard. There are cupholders on the dash just inside the doors, high and within easy reach.

I’m still new to vans, so I’m still not fully used to the lack of a central rear-view mirror. The wing mirrors, however, are very large and provide an excellent view.

As I was driving in the rain, I made doubly sure I knew where the wipers and screenwash controls were. Both controls were easy to find, with several wiper speeds available. There were a few periods during the test drive when the rain was very heavy and the wipers handled it well, keeping the windscreen clear.

The engine won’t start without pressing the clutch down. It’s a handy system to avoid a jump if the van is accidentally started in gear.

I started slowly, getting used to the clutch bite and checking my visibility. But it didn’t take long before I was confidently driving on a dual carriageway.

The Ford Transit Custom manoeuvres well in small spaces. I started the test in our local depot, where the van was tightly parked within a line of medium vans. I had no trouble pulling out and driving to the road.

I tested the turning circle and while I didn’t measure it exactly, it felt like I could turn it around in a similar space to my car.

The steering in general is light and precise. It takes no time at all to become confident with how this van handles.

The 6-speed gearbox is smooth, and changing gears was no different to a car. I tested the reverse gear, which activated the parking sensor display, with sensors all around the van to warn me of hazards. Reversing was one of the times I instinctively looked for a central rear-view mirror, but the sensors and the large side mirrors more than made up for it.

There is a lot of power in the model I tested and the Transit Custom can accelerate quickly. It is more than fast enough to get up to speed when joining a motorway and dual carriageway. It is also responsive enough for overtaking and changing lanes.

The dashboard instruments have a digital readout as well as the usual analogue dials, and both are clear and easy to read.

I’ve heard a lot about Ford’s focus on good handling and driver comfort, and I was not let down. The Transit Custom is a very nice van to drive. I was impressed with how smooth the ride was, with good steering that quickly felt intuitive.

From what I saw in my test drive, I can definitely recommend the Ford Transit Custom if you’re looking for a medium van lease. It is not a surprise that the Transit Custom is the UK’s most popular van.

Van Ninja has several Ford Transit Custom variants available for lease, including the version I reviewed here. Despite the high demand, we still have some Transit Customs in stock. So if you need a medium van in a hurry, you can’t do better than this one.

If you’re looking for great commercial van offers and a Ford Transit Custom medium van, complete the application form on the vehicle page. 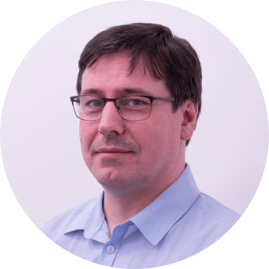 So who is Mark?

Mark is a writer and SEO content creator for Van Ninja, specialising in van news and reviews. He works hard to keep you updated on all the latest van news.

While Mark does not drive vans for a living, he does get to test drive a lot of them, which provides him with a unique perspective for his van reviews.